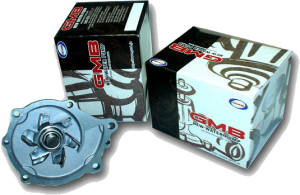 Celebrating the 70 year anniversary since their beginning on 1943, GMB is introducing an app of their online catalog for mobile devices.

For devices with operating system Android, install the app using the following link via Google play.

For devices with operating system iOS (iPhone/iPad), install the app using the following link via the App Store.

More information and alternate methods of installation can be found in the following documents: ad and press release.